What you need to know
about open space work

When the Open Space locks us … Fluidify collaboration in business, foster collaborative work: this is how the merits of the Open Space have often been touted. If the initial objective of these developments is to promote contact, exchange between employees and mutual assistance, it nevertheless seems that the effects obtained are not necessarily those expected.

In fact, a study by two Harvard researchers, Ethan Bernstein and Stephen Turban, observed the behaviors of about fifty employees in the headquarters of a multinational for 6 weeks: before and after the redevelopment of their individual offices. open space.

The experiment took place as follows:

After the arrival in Open Space, the results obtained show that the new development would have a counter-productive effect in terms of communication:

This experience, replicated in another company and on 100 employees shows similar results. Empirical studies have already pointed to a decline in communication through voluntary isolation behaviors.

“While the Open Space was originally designed by a Hamburg team in the 1990s to facilitate communication and the flow of ideas, a growing body of evidence suggests that it undermines what it was precisely supposed to improve, “writes Maria Konnikova in the New Yorker.

Employees value their privacy and find new ways to preserve it even in open spaces. For example, some wear helmets or headphones, in order to isolate themselves from distractions caused by their colleagues. The primary objective of opening is therefore questioned.

In comparison with other employees, those who work in Open Space have a higher level of stress, and lower levels of concentration and motivation.

It’s just noise, which would be the main cause of these problems. A study from Cornell University in 2000 already showed that employees subjected to noise disturbances were more stressed, less motivated and less creative.

Generation Y is not spared

Younger employees, generally called “Generation Y”, seem to appreciate this mode of organization. What’s important to them is an open, flexible workspace that encourages teamwork. To tell the truth, many of them do not even want an assigned office.

But they also suffer from the negative effects of this organization and are not immune to the decline in performance caused by the information overload that characterizes an open environment. This effect is accentuated by the fact that for most of them they perform “multitasking”, a way of working that is more sensitive to the effects of deconcentration. 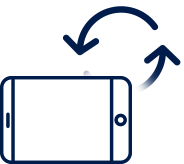 Return your tablet
for better navigation